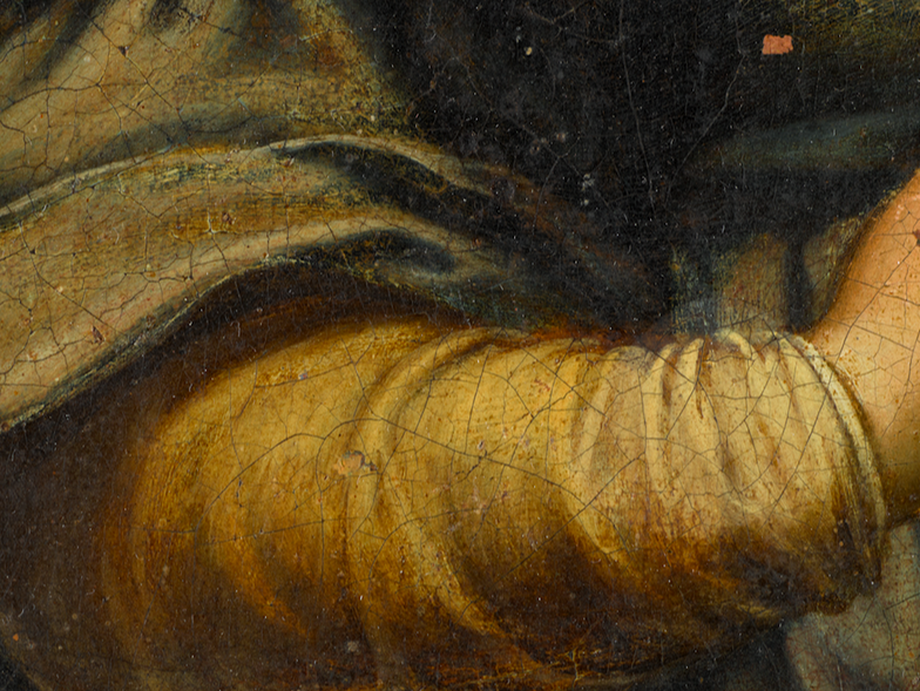 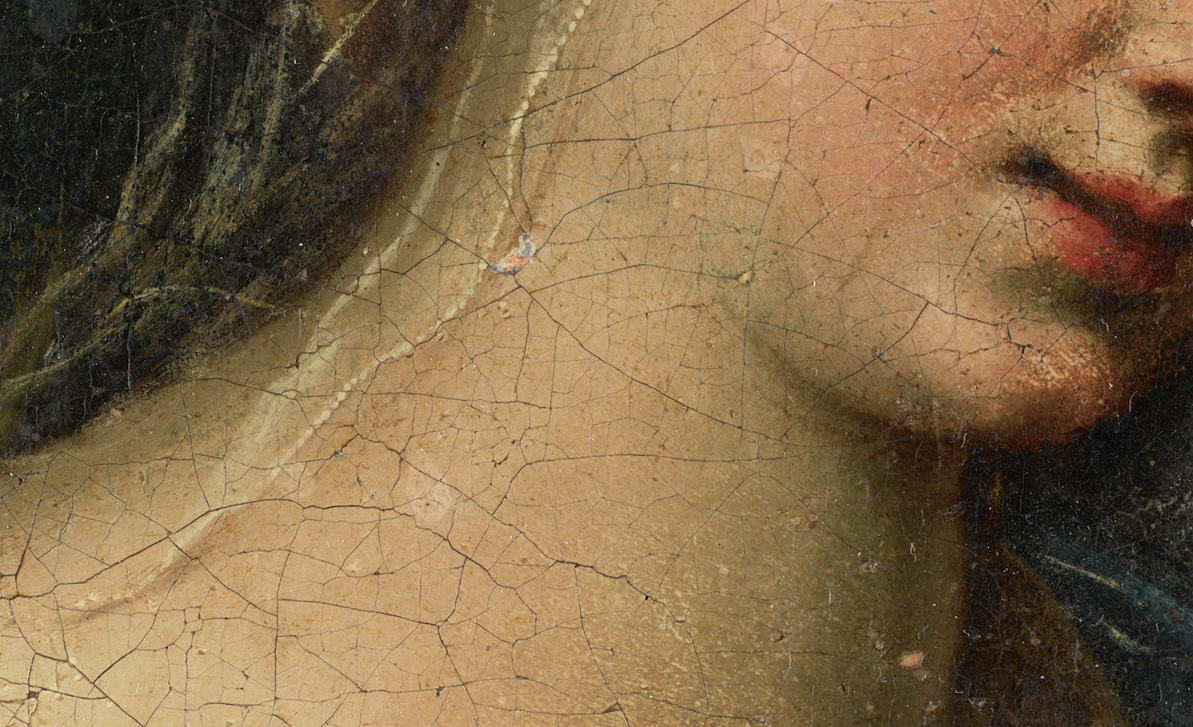 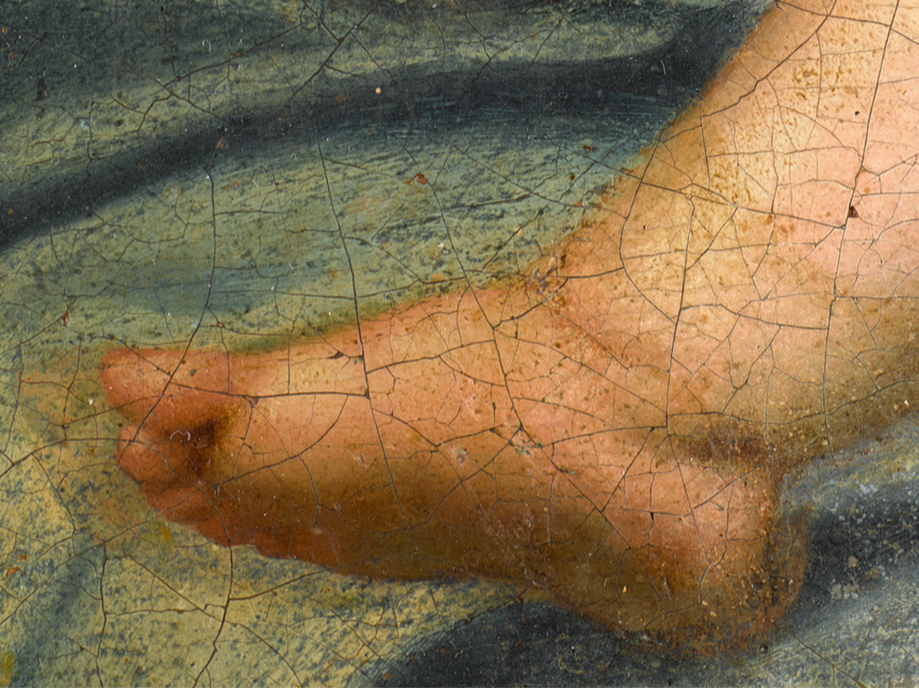 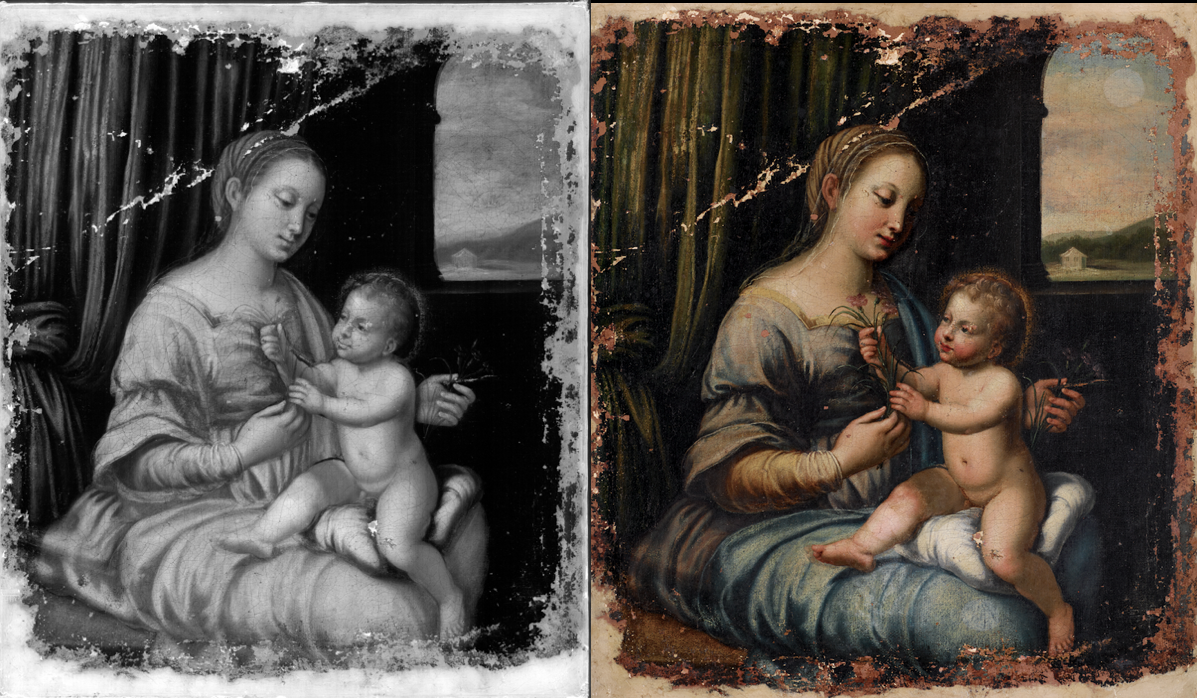 - Excerpt from the expert report on the Madonna Chatron of the Dr. Laure Chevalier (PhD)
摘自Laure Chevalier博士（博士）关于Chatron圣母像的专家报告。​

"Vasari points out that in accepting the proposal to decorate some of the Vatican rooms, Raphael abandoned all his works in progress, especially those begun shortly before his departure for Rome (1508) which could not be completed because of the time required for their proper execution. The specialist E. Müntz also mentioned this problem of execution time with Sanzio: "There is no impartial judge who does not recognize that Raphael, even compared to his successors, was a first-rate colorist. The importance he attached to this part of the painting was such that it compromised the duration of many of his works. "The following mention allows us to appreciate the modalities of Raphael's pictorial production, in particular the simultaneous conception and execution of several paintings: Alfonso d'Este's emissary, in 1519, reports that Raphael's studio is filled with paintings in various stages of conception or execution, some of which remain for years leaning against the wall. Raphael had even left unfinished projects in Umbria and Florence, such as The Madonna of the Baldacchino, dated 1508, which remained unfinished until 1700.

In his Life of Raphael, Vasari mentions, among the Madonnas with Child executed by the Urbino master before his departure for Rome: "another (Madonna) which was later sent to Siena, and when Raphael left Florence, was given to Ridolfo del Ghirlandaio to finish the blue drapery. In his Life of Ridolfo, David and Benedetto Ghirlandaio, Vasari returns to this episode and specifies: "[...] Raphael, obliged to go to Rome at the call of Julius II, entrusted him [i.e. Ridolfo del Ghirlandaio] with the task of finishing the blue drapery and some small things that were missing from a Madonna commissioned by Sienese gentlemen. The painting, completed by Ridolfo with great diligence, was sent to Siena. "This testimony by Vasari deserves our full attention, albeit with the necessary reservations given the decades that separate Le vite de' più eccellenti pittori, scultori, e architettori from the facts he reports.


This painting by Raphael cited by Vasari remains to be identified among the Madonnas with Child of the master, due to the lack of material correspondence in the works already analyzed (lack of heterogeneity in the pictorial technique in the execution of the blue drapery). For a long time, it has been assimilated to La Belle Jardinière, signed and dated 1508; but as physical-chemical examinations have revealed the homogeneity of the blue drapery, the painting in the Louvre cannot correspond. The Madonna Colonna from Berlin has also been proposed, precisely because of its unfinished nature. But here too, studies have shown the homogeneity of the blue draperies.
The date of execution assigned to Raphael's Madonna with Pinks, which generally fluctuates between 1506 and 1508, invites questions about its case, and its possible correspondence with the painting mentioned by Vasari.

Precisely, a plethora of clues lead to the recognition of the Madonna dei garofani in the "Madonna of Siena" that Raphael would have entrusted, according to Vasari, to Ridolfo del Ghirlandaio in 1508 "to finish the blue drapery and a few other things that were missing", and which was "subsequently sent to Siena", then under French influence (Duchy of Milan):
"For the painting, I have not done anything exceptional and I will not do it if I can, because it is better that I estimate it beforehand, and I have not written what I cannot write about it, and I cannot tell you about it yet; but according to the commissioner of the painting, he says he will give me work for about three hundred gold ducats here and in France. When the festivities are over, I may write to you about what the painting will be, for I have finished the cardboard, and will take up [the painting] at Easter. "
(Raffaello Sanzio, letter of April 28, 1508)


I maintain that the proposal to identify the Madonna dei garofani with the "Madonna of Siena" is all the more relevant since the scientific analysis of the Madonna Chatron has revealed the heterogeneity of the blue mantle of the Virgin ... Precise point on which scholars agree to recognize the material evidence corresponding to the painting entrusted by the master of Urbino to Ridolfo del Ghirlandaio in 1508. On the one hand, the diagnosis of The Madonna Chatron has revealed significant material evidence of an autograph invention consistent with the date of pictorial execution of the motif (1508 - ); on the other hand, two distinct styles have appeared in the precious ultramarine spreads of the mantle of the Madonna Chatron.
This new lead from Siena is decisive in that it leads to the precise identification of a work by Raphael Santi that had previously been lost. "
`Dr Laure Chevalier (Ph.D)